Acute myeloid leukemia (AML) is the most common form of acute cancer in the blood and bone marrow in adults. The most common molecular cause are mutations in the Flt3 gene, which activate the signal transmitter and transcription factor STAT5. A new strategy has now been described to directly inhibit STAT5 with a novel compound, in the scientific journal Leukemia.

AML, as one of the most devastating white blood cells disorders, is usually very aggressive and despite considerable progress in therapeutic approaches only 26% of patients survive for more than 5 years because of resistance to treatments. This type of leukemia is often caused by mutations that overactivate intracellular signalling or gene transcription. Mutations in the receptor FLT3, which represent 30% of the driver mutations in AML, activate STAT5, an important transcription factor that is required for the transformation of blood cells. New treatment strategies to inhibit STAT5 are needed to improve the survival of patients with this disease.

Previous attempts to inhibit STAT5 transcription factors often failed due to the effectiveness or lack of specificity. Now, an international consortium of researchers from Austria, Canada and Hungary, led by Richard Moriggl, reports a new compound that directly binds and selectively inhibits STAT5. The researchers could target STAT5 at the SH2 domain, which is essential for its activity, and discovered that the new inhibitor efficiently blocks the pathological levels of STAT5 activity in AML. It does so by disrupting STAT5 activation, dimerization, nuclear translocation, and STAT5-dependent gene transcription, which leads to a substantial impair in the proliferation and clonogenic growth of human AML cells in vitro and in vivo. Collaboration with a pharmaceutical company will now be required to further develop this new class of compound to make it suitable for a clinical trial. 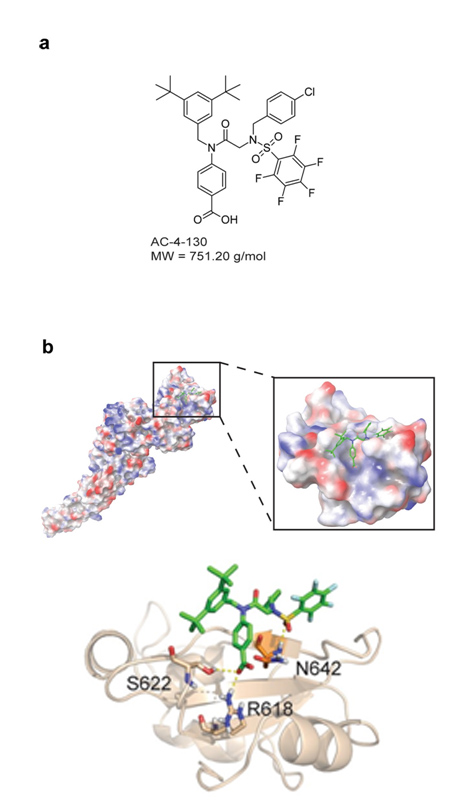